Aloha, I am Roger Christie. I was born on June 15, 1949 in Steamboat Springs, Colorado into a wonderful family.  I was raised and schooled in the New Jersey countryside in the 1950’s and 60’s.  I graduated from high school in 1967, the famous ‘summer of love’.  I smoked my first joint of ‘Colombian Gold’ cannabis in August 1968 and I immediately knew we were going to be friends.  After two years of college studies and flight training school in Miami, Florida I received my Associate Degree in Science with my Commercial Pilots license.

In 1970 I enlisted in the US Army and was trained as a G2 Intelligence Analyst at Fort Holabird, Maryland, a US Army ‘spy school.’  After learning some deep truths about the military and political missions in Viet Nam and elsewhere I refused my orders to serve in the divisive war.  I became radicalized as I questioned authority and established values.

Against nearly impossible odds, I applied for and eventually received my Honorable Discharge as a “conscientious objector.”  Sincere and deeply-held beliefs would not let me participate in the killing of others just because I was ordered to, or for any other reason.   I learned the life changing lesson at 21 years of age that I could face-up to and fight ‘city hall’… and win!  A skill that I continue to use in my work to help turn the war on “marijuana” to harmony and peace. 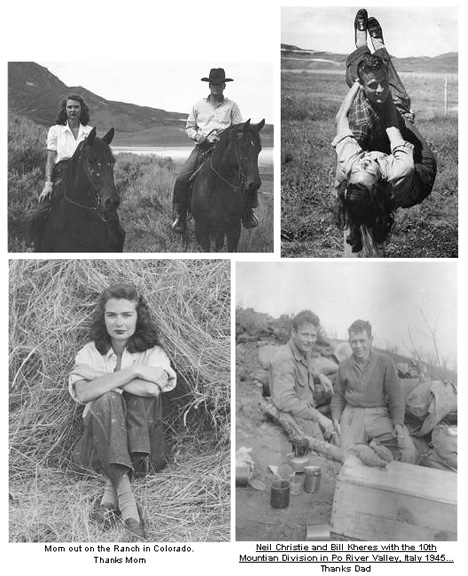 I have been a grateful inhabitant of the Big Island of Hawaii since 1986. I am a cannabis hemp liberation-human rights advocate.

I was a co-founder of the Hawai’i Hemp Council in 1990 and am one of the original three partners (with Aaron Anderson and Dwight Kondo) of the Hawaiian Hemp Company.  In 1991, we had one of the first retail hemp stores in the world.

My mission in life includes helping to liberate the cannabis hemp plant and to help replace cannabis, the tree of life, back into the garden of Eden. May we all enjoy the rich, abundant and awakened life that is part of our Divine inheritance.

The THC Ministry is based on ancient wisdom, modern science and the enlightening and healing properties of cannabis sacrament. “A sacrament is the visible form of an invisible grace,” according to St. Augustine.  I invite you into a world of greater religious freedom, personal empowerment and optimum health TODAY!

I was ordained by the Reverend Dennis Shields into the Religion Of Jesus Church in early June of 2000.  On June 19, 2000 I was licensed to marry people by the Department Of Health, State of Hawaii, specifically as a ‘Cannabis Sacrament‘ minister.  Later that year, I was a co-recipient of the Drug Policy Forum of Hawaii’s Ho’omaluhia (Peacemaker) Award.

In my opinion some of the world’s greatest religions and healthiest cultures have been based on their respect for the value of the cannabis hemp plant as well as other entheogens. I believe that liberation of this holy herb will help to bring more harmony, healing and wealth to more people of this world-faster than any other single act.

Hidden deep in modern religions are references to a more peacful time when women and men lived in harmony with one another and nature. Ancient artifacts suggest that these societies honored women, and that the divine was often portrayed in female form. In recent years, these observations have formed the basis for reevaluating men’s and women’s roles in society, and how a balanced partnership may lead to societal harmony.

Cultural historian Riane Eisler has conducted a cross cultural and historical study that led to her internationally known cultural transformation theory first introduced to a general readership in her classic works “The Chalice and The Blade” and “Sacred Pleasure”.  Eisler identifies a continuum of patterns for structuring relations from intimate to international.  At one end of the continuum is the partnership model which embodies equity, environmental sustainability, multiculturalism, and gender fairness.  At the opposite end of the continuum is the domination model, which has marred much of our civilization.  This model emphasizes control, authoritarianism, violence, gender discrimination, and environmental destruction.  Eisler shows that today we stand at a crossroads where a shift to the partnership end of the continuum is essential for human welfare and possibly survival.

What Eisler calls a partnership spiritually is integral to this shift.  Those that are seeking spiritual guidance must be able to open their minds, and hearts to what is around them.  Cannabis helps us reach deep into our spiritual awareness, and with that we can find the truth in all things.